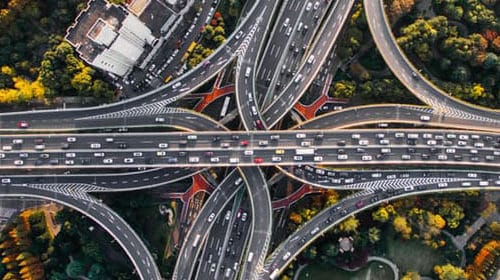 With so many people buying well-made drone and quadcopter with camera capabilities, there are more and more drone videos out there. Everyone with a device, a camera, and a good controller sees themselves as the next pilot to make a viral video.

One of the best places to start is with aerial footage of a local area or cityscape. There are many different drone tours of American cities and footage of landmarks. The following drone videos are some of the most appealing.

New Haven Like You Have Never Seen It Before:

The first of these impressive drone videos comes from a DJI flying over New Haven. Here we get a bird’s eye view of the grand architecture of the old campus buildings as the pilot flies over New Haven, CT and Yale campus.

You can see the details of the buildings, their age, and grandeur, but also their place within the wider context of the city. The video is heavily edited with jump cuts and fast forwards for a more edgy feel to this take on the juxtaposition of style and buildings.

This city tour looks at beautiful Pittsburgh from above, with the drone sweeping low and high over the landscape and landmarks. You can see the scale of the river, down low and up high, and different modes of transportation with the roads, trains running by the water and cable cars.

There are plenty of individual snapshots of key features, from the small scale local business to the large-scale centers and stadiums. Then there are a few sweeping shots building higher to see it all in context and the scale of the unique city.

However, we go to the impressive aerial shots of Kansas city in different light levels. There is blazing sunshine on the cityscape, sunrises, and sunsets on the water.

Another simple tour in these drone videos is this view of Providence, Rhode Island. Here there are some nice artistic shots of the city, with the drone sweeping down a tree-lined street in black and white and much more.

Again, this is a collage of shots edited together into a highlight reel. There are key architectural highlights of the city, sunset shots for drama, nighttime shots with the neon signs, and a bird’s eye view down the river.

Portland, Oregon was once heralded as the hipster capital of the world – a place perhaps over drones and drone videos. There are videos like this highlighting the best of the city. There are smooth shots as the drone rises high over the city and plenty of views of the river and bridges.

The viewer follows the trains as they head into the city, the speedboats as they pass along the water and the cyclists on the riverside cycle path. Again there is that blend between the intimate moments and snapshots of a city and its personality and the wider view of the overall landscape.

New York is a city that lends itself to dramatic drone videos and drone use. There are the wide open spaces, waterfront locations and the diversity of sights and architecture.

All New York drone operator surely want to get the best possible footage of the Statue of Liberty. Here there are high contrast skylines, sunset shots, 360-degree views and even some slightly meta footage of other drones in the city. It takes us to naval ships and cruise liners side by side on the docks, as well as deeper into the city.

Here we travel along roads, under elevated rails, and into the side that tourists don’t always see. We see the street art covered buildings and rougher areas. It is a blend of the realistic and the cinematic for a taste of the real New York.

Flying A Drone Around The NY Public Library:

While that New York footage by being a little typical in subject matter, this next video is a little different. Some may question whether it is a good idea to fly a drone around the public library like this. But this is an empty library, so it appears that safety was a consideration. Not only does it showcase the impressive interior architecture of this famous building, but it also shows some flying skill.

The operator carefully travels the drone through the doors, creating smooth, appealing shots. Again it is all about providing a perspective with drone videos that is usually inaccessible.

Drone’s Eye View Of Fourth Of July Fireworks In The Mission Bay Area:

Fireworks are almost always enjoyed solely from the ground. We love watching these big balls of fire and light heading into the night sky above us to make pretty patterns.

Drone videos offer us a new perspective on things, as we see in this video of Independence Day fireworks in San Francisco. The hovering drone picks up pops of color and dancing lines on different parts of the skyline, spotting displays across the local area.

It is a different perspective on this celebration of a national holiday. So many people are celebrating in a small, personal way in different parts of the city, but here it all combines into one city-wide display.

For the final of these drone videos, we are sticking in San Francisco, albeit slightly ironically. Here is a video of the fire damage at Mission Bay – unrelated to all the explosives above.

One of the brilliant things about drones it that they rise above to get to places that people can’t. They see areas in a new light. This is what is happening here with this aerial footage of the fire damage in a large block In the area. The charred remains of building stand out clearly as one big, dark block of rubble and ruin against the pristine blocks over the road.

The gentle sweeping shots cover the area towards the river to show the extent of the damage. It is gripping, and undoubtedly moving to those affected.