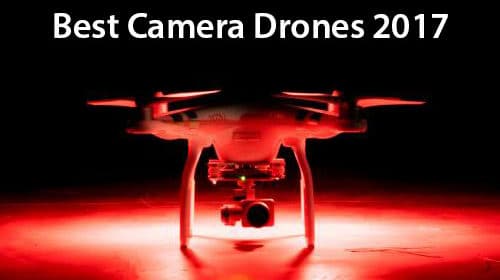 A camera drone is described as an aerial flying platform (including both fixed wing and multi-rotor design). It is also radio controlled and equipped to carry a high-definition (HD) camera capable of shooting high-quality photos and videos without any vibrations.

Most experts advise beginner pilots to start with cheap but quality starter drones. The assumption behind this piece of advice is that pilots are bound to face a higher risk of making mistakes and causing mistakes that could end up setting them back financially.

To minimize the risk of getting involved in a costly accident, it is important for beginner pilots to consider two factors seriously; the ease of using the camera drone and the quality of the drones construct.

Most drones on the higher end of the spectrum have advanced features that make it complex for untrained pilots to operate them. Secondly, beginners should avoid camera drones made of cheap plastic. Cheap plastic is light which makes it harder to fly especially in windy conditions.

Drones made of cheap plastic are also more susceptible to breaks. This is not a desirable feature for beginner pilots as they are likely to crash the drone several times before finally getting the controls right.

The Syma X5C is an excellent drone with which to hone one’s piloting skills.

The first major advantage of this drone is its low price. This means beginners can crash it without feeling much of a financial pinch. The fact that it is cheap does not mean that it compromises on quality.

The Syma X5C is made of relatively decent and durable quality plastic and is fitted with a decent 2.0 MP HD camera that includes a 2GB micro SD card. However, the low resolution of the camera is a major con of the X5C as it means the quality of photos and videos is not great.

The X5C does not have a gimbal; this increases the likelihood of shaky videos especially in windy weather. Luckily this camera drone is equipped with a modern 6-axis gyro stabilization system which enhances the drone’s stability.

One of the most exciting features of the X5C is its ability to perform flips in the air. To protect it from in-flight wear and tear or damage from collisions and falls, the X5C features highly elastic plastic blade protectors a feature that makes it even more ideal for beginner pilots. This simple camera drone has a flight time of 7 minutes and can fly up to 70 meters away from the transmitter. Operators can also fly it both indoors and outdoors.

The X5C also comes with an easy to use 2.5 GHz remote control that features an LCD displayer. These features make it easy for operators to fly and easy to control. Apart from that, the X5C camera drone features;

Operators will also benefit from the 24/7 technical support from DJI as well as a one year warranty. However, operators of the Phantom 3 standard should not expect excellent image quality but rather, more of smartphone image quality. Pilots may also find it relatively hard to land the Phantom 3 standard. This camera drone is also not suitable for use in wet conditions as it is not water resistant.

Prosumers, in this case, refers to amateur drone operators who purchase drones that have advanced qualities or features that are appropriate for professional use. While camera drones such as the Yuneek Typhoon H and the Parrot Bebop 2 deserve mention, two DJI drones carry the day under this category cementing DJI’s place as a market leader in prosumer drones.

Launched in autumn of 2016, the Mavic Pro is already winning hearts with its affordability, compactness and its wealth of features. Firstly, the lift wings of this camera drone fold-in. This makes it extremely portable and especially suitable for travelers. The portability doesn’t end there either as pilots will have the convenience of carrying the drone’s controller right in the pocket of their pants. 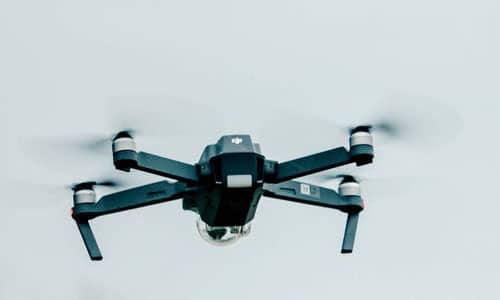 This little robot has numerous features that include;

However, the camera on the Mavic Pro has a narrow field of view and pilots viewing targets that are more than 25 meters away would have to use the tap-to-focus feature to get a good photo.

Alternatively, serious hobbyists can opt to buy the Phantom 4 Pro albeit at a higher price. Some drone enthusiasts have dubbed this unmanned aircraft the most advanced ready-to-fly 4K camera drone below $2,000.

It has an onboard camera that uses a 1-inch 20MP CMOS sensor. The camera also uses a mechanical shutter that eliminates the possibility of rolling shutter distortion. It has a powerful video processing that supports H.264 4K videos at 60 frames per second and H.265 4K at 30 frames per second. It can also take burst mode stills at a speed of 14 frames per second. The Phantom 4 Pro also features a 3-axisgimbal to eliminate shakiness when taking photos or when filming.

This camera drone also features dual mode GPS and GLONASS which provide auto-pilot redundancy. It is also possible for pilots to fly indoors while using GPS-free positioning. To add on that, the FlightAutonomy feature on the Phantom 4 Pro is also bigger and better with a capability of sensing obstacles from 5 directions and a capability of obstacle avoidance in 4 directions.

Other explosive specs include;

Despite the relative ease of flying the Phantom 4 Pro and its advanced features, there is no denying that it is rather on a high price for a prosumer drone. In addition to that, it is not water resistant limiting its use to dry conditions.

Most professional camera drones are on the higher spectrum regarding prices as well as regarding their image taking/ film taking capabilities. Professional camera drones also have more lift power since they are often used to carry different types of cameras and gimbals. Interestingly, professional drones have less automation as well as a smaller range of advanced features. These drones are not ideal for amateurs and beginners as they are harder to fly. They are also more expensive to buy, repair and maintain. 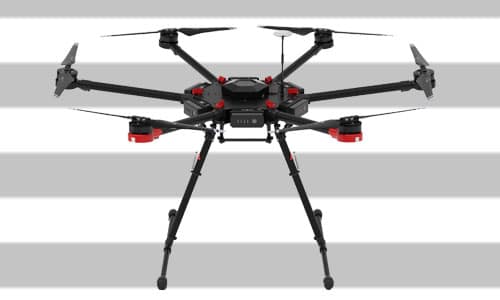 This is a powerful 6-rotor camera drone that is ideal for professional photographers and filmmakers. This UAV can carry a payload of up to 6 kg which means it can carry a wide range of gimbals such as the Ronin MX gimbal, Zenmuse X3 gimbal, and the Zenmuse Z15 series HD gimbals among others. It can also carry professional use cameras such as the Micro Four Thirds System as well as even the RED Epic camera.

The Matrice 600 also includes smart flight technology which enhances its ability to perform accurately, safely and efficiently. Furthermore, this professional camera drone has an extended flight time of a maximum of 40 minutes with no payload and a flight range of up to 5 km, when outdoors and free from interference.

The drone comes with 6 DJI intelligent batteries and a battery management system that allow the operator to switch on all six batteries with just a press of a button. This makes the Matrice 600 more reliable.

Particularly for professional photographers and filmmakers, the M600 incorporates a new DJI technology dubbed the A3 flight controller. It works in sync with the DJI Lightbridge 2 hence allowing the drone to live stream in HD up to 5 km away.

In addition to that, there are three types of video output on the M600; a USB port, a mini-HDMI port, and even a 3G-SDI port all of which support HD videos of up to 1080p at 60 fps. The DJI GO app accords the drone pilot more control over the camera. Also, includes is the DJI Assistant 2 which supports the Ground Station feature and also supports updates to firmware.

At a significantly lower price than the DJI M600, this is one of the more affordable professional camera drones in the market. Although it does not come with an in-built camera, it is capable of carrying professional cameras such as the GoPro Hero 3, the SJ4000, the iLook, the Sony HDR-AS30V among other external cameras.

However, it comes with a Brushless Gimbal G-2D to enhance the stability of cameras. This drone is also compatible with G-3D gimbals. The flexibility of the X800 to different action cameras is what makes it such a good choice for professional photographers.

It is also one of a unique pro camera drones in that it has retractable landing gear and foldable propellers which make it more portable. Professional users can also connect the X800 to MAVLink compatible software such as the Mission Planner platform. This gives operators access to a wide range of features including different flight modes, GPS waypoint navigation, advanced tuning and other advanced features.

The X800 has a flight time of 40 minutes with a possibility of going up to 60 minutes. This flight time is significantly higher than that of most of the X800’s competitors.

Pilots can control the drone even at distances of up to 2 km thanks to the Devo 10 transmitter which operates at a frequency of 2.4 GHz. Operators can also use the controller to maneuver the onboard camera and also to take high-quality photos and videos. With its great features and relative affordability, there is no denying that the X800 gives value for money.