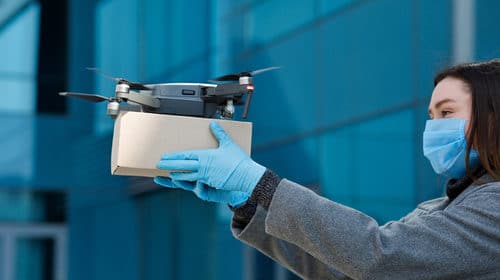 Camera drones outfitted with loudspeaker systems are now being widely utilized during the Covid-19 crisis to monitor communities for compliance with public safety orders. However, some readers complain that being viewed by authorities from the sky is just plain “creepy.”

The FAA states it is examining a “Volunteer Drone Task Force” cruising over Manhattan parks to warn individuals of social distancing. Though that drone is not run by public safety executives, the idea has been adopted in other US cities and around the world. Authorities in Daytona Beach, Florida, were the first in the US to use drones to disperse crowds: the procedure enables police to keep a safe space and protect themselves from disease while providing a gentle reminder to maintain an appropriate distance.

Based on a report from The Hill, police authorities in Savannah, Georgia, will also use camera drones to apply social distancing: “We’re in the midst of a crisis. We are in our peak time frame, and we are serious about distancing. The reason we have so many cases is that people earlier felt that life was normal. It isn’t normal,” said Van Johnson, mayor of Savannah.

In Massachusetts, the local ABC news channel reports that authorities in their state are also considering employing drones to monitor social distancing. They state that throughout the Covid-19 crisis, the advantages of the technology must be weighed against any privacy issues. In Connecticut, the Hartford Courant reports, authorities in some areas will use drones in public parks to enforce the social distancing. New Jersey has announced plans to launch a drone announcement program. 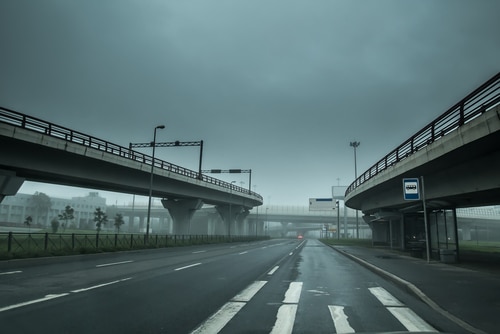 Police have adopted drones as a tool to monitor communities. In Germany, China, France, Kazakhstan, and other nations, drones are flying close to audiences and playing recorded messages.

These drones can play a significant role in ensuring that individuals stick to health guidelines throughout the Covid-19 crisis. Used appropriately and legally, they protect both the general public and public safety officers. The tone of these messages might make a difference in how these drones are obtained.

The use of drones for community monitoring, emails from readers have a common theme, the word “creepy” appears in virtually every message. The notion of being observed from the sky is uncomfortable for most citizens. In these extreme situations, police should ensure they are clear and communicative about the usage of the new tool — so that drones are viewed as”useful” instead of the”creepy.”

The US has joined other nations in using drones to enforce and monitor distancing during the coronavirus outbreak. Police authorities in California and New Jersey have adopted drones to restrict personal contact and share COVID-19 Info, Patrick McGee, in the Financial Times reported.

In New Jersey, Elizabeth used drones to spread an automatic message reminding people about stay at home orders. New Jersey has been among the hardest-hit states in the USA. In March, the state’s governor called in the National Guard for support, converting buildings into medical centers.

At least two police departments of California have used drones to reach out to homeless people who are particularly at risk for coronavirus.

Medical experts and homeless advocates have said unsheltered inhabitants are especially at risk as social distancing is difficult in encampments or shelters, and individuals who have identified or exposed with COVID-19 lack the capability to isolate themselves. A new study estimates that 3,400 displaced individuals in the US will die from COVID-19, and over 21,000 will be hospitalized.

Some on social media criticized drones’ use by the police department. Vanity Fair said the move was similar to entering “dystopian territory.”

Here are the drones being flown inside the US.

The Elizabeth NJ Police department tweeted that the drones did not capture video or photos, but were a tool of encouragement. However, lots of Twitter responses showed that people did not believe that.

Police Departments state that the drones, which are remotely managed and outfitted with cameras that may be seen by the department aren’t being used for surveillance on vulnerable populations. 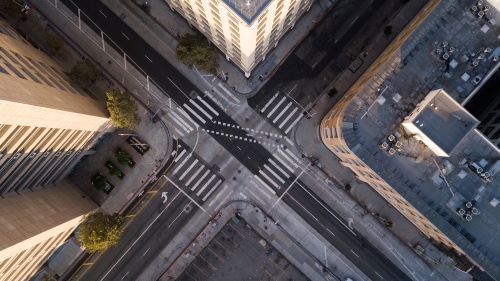 Other companies and agencies have suggested drones as a means of dealing with the COVID-19, such as a “Pandemic drone” that could recognize a person is sneezing or coughing, even from a distance.

Commenters were angry at the perceived intrusion of privacy, and at the origin of the drones.  The department almost instantly faced backlash on Twitter, where it wrote: “We are trying to save lives, not be Big Brother.”

Folks found to be in breach of the stay at home orders will face up to $1000 fine.  The new drones, which have voice abilities, fly around the town and send a message from the mayor telling people to stop gathering and going home.

The message said the city has been using drones since 2018, and it got five DJI drones through the disaster relief program.

On April 7, the Elizabeth NJ Police department account tweeted that the drones will be used to”help combat people not following social distancing.”  Elizabeth has been poorly affected by the coronavirus, and one nursing home has reported at least 26 deaths.  The Mayor of Elizabeth declared the drones as part of his daily coronavirus briefings.

DJI said it received countless requests from police departments around the country and chose the hardest hit by COVID-19.  On April 1, DJI declared a disaster relief program giving 100 drones to 45 organizations across 22 states.

The drones blasted messages on services and how to access help related to coronavirus in Spanish and English, according to the Financial Times.  The US-1 drone was built for first responders, with possible uses like search and rescue.