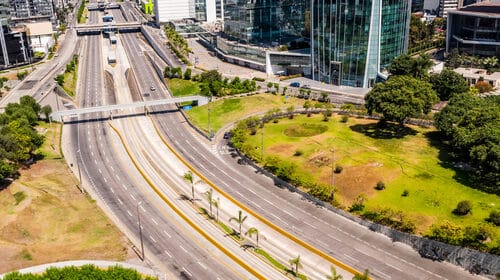 We found some awesome drone virtual tours of famous cities.  You get to see some really unique views of the world’s biggest urban communities shut down during the pandemic, shutting them down for months and months to impede the spread of the virus. This has unsurprisingly led to post-apocalyptic footage from drone pilots in these regions.

Rightfully so, because this might really be a once-in-a-lifetime chance to catch what the busiest cities of the world seem like when everyone stays at home. Here are some of the best coronavirus drone videos so far…

US coastal towns have surely been caught the worst by the COVID-19, especially Los Angeles, South Florida, New York City, Seattle, and Boston.

Coronavirus drone footage from Boston, Massachusetts, is very similar to other nearby US cities, showing “a number of the city’s busiest areas, in the middle of a weekday, nearly entirely devoid of people.”

This drone virtual tour video, produced by Antoine Tissier, reveals the abandoned Chicago streets throughout the coronavirus outbreak in 2020.

LA is the nation’s media and cultural heartbeat, and seeing a city on lockdown under the Hollywood sign is definitely something. Take a look at the footage below to get an empty Santa Monica pier and much more.

The Coronavirus drone virtual tour footage from Nashville is very tragic, as the town experienced back-to-back tragedies as COVID-19 was beginning to hit. The footage below does not show a ghost city quite yet, but Nashville — and several other significant towns in flyover country — will seemingly be isolated sooner rather than later.

New York City is one of the hardest-hit cities nonetheless, and the drone virtual tour footage caught from the first days of the coronavirus outbreak indicates a very tired and quiet ambiance to the city that never sleeps.

The below video is from the previous phases of the outbreak, and things are quieter now than they were then.

China: COVID drone virtual tours from Wuhan and much more

The first Epicenter of the new Coronavirus is currently in the early stages of getting back to normal. However, drone virtual tour footage captured at the Wuhan epidemic peak catches how things appeared in a city of 11 million on lockdown.

This drone virtual tour video reveals various highways near Milan, Italy. As you can see, the town as of a few weeks ago was nearly empty as the Italian authorities imposed a national lockdown. Italy has passed the top of its coronavirus curve at this time, so things should begin going back to normal shortly.

Some more videos that were covered earlier this month as part of our regularly scheduled coronavirus footage, the virtual tour video from Nico Leuthold & Andy Krischan. You can see all of the eerily empty streets of Zurich, Switzerland, below.

Virtual Tours Of 12 Museums Around the World

Have a look at merely a few of Google’s top museums, which provide online virtual tours and exhibits. Museums worldwide are also sharing their zen art on social networking to help people deal with staying home.

And if that is not enough culture for you, New York’s Metropolitan Opera will be offering free electronic displays nightly at 7:30 p.m. You can now go “out” with +amazing virtual tours of some of America’s finest national parks. 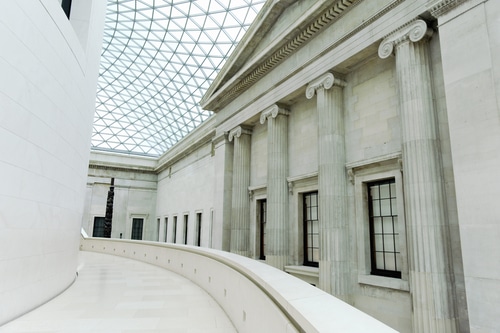 This legendary museum, established in London’s heart, allows virtual tourists to visit the Great Court and find the ancient Egyptian mummies and Rosetta Stone. You may also find several artifacts on the museum’s virtual tour.

Street View function of Google allows visitors to visit the Guggenheim’s popular spiral staircase with their home’s comfort. From there, you can see extraordinary works of art from the Contemporary and Modern eras &Impressionist, and Post-Impressionist.

The Museu de Arte de São Paulo is a nonprofit and Brazil’s first modern museum. Artworks located on transparent perspex frames make it look like the art is hovering in midair. Have a virtual tour to experience the incredible display on your own.

You can almost walk through this popular gallery, including dozens of famous works from French artists who lived and worked between 1848 and 1914. Get a glimpse at artworks from Cézanne, Gauguin, and Monet, among others.

This famous American art museum comprises two online exhibits through Google. The first is an American style exhibition from 1740 to 1895, including many clothing renderings from the colonial and revolutionary eras. The second is a group of works by Dutch Baroque artist Johannes Vermeer.

The famous museums can be seen from anywhere around the globe. Google’s virtual tour walks you through six floors of Contemporary art from Korea and throughout the planet.

Built-in 1964, this museum is devoted to the history and archaeology of Mexico’s pre-Hispanic heritage. There are 23 display rooms full of antique artifacts, including some in the Mayan civilization.

Regrettably, not all Popular art galleries and museums could be added to Google Arts & Culture’s collection. However, some museums are taking it upon themselves to provide online visits.

As one of Germany’s most prominent museums, Pergamon has a lot to offer — even if you can not physically be there. This historical museum is home to lots of historical artifacts such as the Ishtar Gate of Babylon and, obviously, the Pergamon Altar.

See the Masterworks in the Dutch Golden Age, including artwork from Vermeer and Rembrandt. Google provides a Street View tour of the iconic museum so that you can feel like you’re really stepping through its halls.

Artworks resembling European culture from the 8th Century can be seen in this art museum in California. Have a Street View tour to find a massive selection of paintings, sculptures, drawings, manuscripts, and photos.

This less famous gallery includes Florence’s art collection, Italy’s most famous families, the de’Medicis. The museum was designed by Giorgio Vasari in 1560, primarily for Cosimo I de’Medici, but everyone can walk through its halls from anywhere.

Anyone who is a fan of the creative, ingenious painter can see his works up close (or, nearly up near ) by virtually visiting this museum — the most incredible collection of artworks by Vincent van Gogh, comprising over 500 drawings, over 750 personal letters, and 200 paintings.