With today’s advanced technology the fact is that drones are an excellent piece of equipment for a filmmaker to have in their possession. You can create drone video with high standard cameras, enhanced flight times and incredible smart flight modes, there has never been a more desirable chance to become an aerial filmmaker.

That being said, shooting a high-quality aerial film is not as simple as hitting the record button, sending up your drone and flying around for a couple of minutes. A whole lot of practice, time, and planning must put together a gorgeous, professional standard film.

The Different Stages of Production

Regardless of whether you are shooting a small independent movie or a high-budget Hollywood blockbuster, the process of developing a film can be separated into three different stages. We have listed these three stages below and will explain what each one entails.

Unfortunately, the reality is that the pre-production stage can either make or break your movie. Implement the steps discussed below, and you will have yourself a pleasant and organized shoot.

Decide on Your Film’s Story/ Message

It is always a great approach to have some kind of story behind your film. Whether the story is of a place occasion or following a story is depend on you.

Discover some places that you think will be a good fit for the film. It’s best if you’re able to go there in person and take a few photos, which you might also do with your drone. That way, you understand just what the location looks like and will have the ability to produce a more tailored shot list.

If you are unable actually to make it into your place in person, you can always use the handy power of Google Maps. You can set the map into a ‘satellite’ view, which will show you a real image of this place and permit you to get to grips with the lay of the land.

It is a good idea to project exactly what shots you are going to be recording on shoot day.

Based on where you are planning on flying your drone, you might want to get permission first. The last thing you want to happen would be to have to stop shooting and possibly be on the receiving end of a reasonably nasty fine.

Have You Got the Ideal Drone?

The quality of footage you can document will depend heavily on the quality of drone you’ve got. For those who haven’t obtained a drone yet, this buyer’s guide will help you through what you will need to know. When looking to purchase a drone for aerial cinematography, be sure that the drones’ camera is connected employing a gimbal stabilizer. This is extremely important because it will keep the camera uniform when you’re in the air, that will make your footage look more stable and professional.

Use 2-Axis of Movement

In large budget Hollywood films, you’ll notice that their Aerial shots often incorporate 2-axis of motion. When shooting your aerial movie, try and mimic this technique, which may be done by tilting the camera while the drone is moving. This will make more movement on your shot and look extremely professional.

The best hour is the first hour after dawn and the last hour before dusk. During this period, the sun produces a generally orange and red color that seems magnificent when recorded on film. By shooting in this period, you make your footage look more visually intriguing and appealing, without needing to do anything different.

Shoot in the Appropriate Weather Conditions

Nowadays, drones tend to come with top quality gimbal stabilizers that do an excellent job at keeping the camera steady. That being said, they are not perfect. If the winds are too high, the drone can get blown around, which may lead to your footage appearing jolty and unprofessional.

This, in turn, can’t only ruin your shot, but your whole day is shooting. A couple of days before your shoot, start to begin to keep an eye on the weather conditions. If you have got a feeling that the circumstances are not likely to be good, then possibly postpone the shoot.

In addition to this, if you are shooting on a grey and overcast day, this will have an influence on the overall feel of your movie. Try and shoot when the situations are bright, mainly if you’re focusing your film on a particular location, as you would like it to look as fine as possible.

Have the Correct Camera Settings

This may look simple, but it’s easy to take off and begin flying without taking the time to customize your camera settings. Try and constantly shoot with the lowest ISO possible, as the higher it is, the grainier your footage will appear. Likewise, if you want to shoot a few slow-motion shots, ensure to place your phone’s camera to record in a higher frame rate. This one’s ever easy to forget, so have it included on your pre-flight checklist.

Use the Rule of Thirds

The rule of thirds is a generally used rule for both photographers and filmmakers. The idea behind the rule is to break the image down into thirds. You need to be able to set your screen to ‘grid mode’ that will section your screen into nine parts, with two lines moving vertically and two lines moving horizontally.

You place the caption of your shot either on one of these lines, or where two of those lines intersect one another. The main purpose of this rule is that our eyes naturally fall onto those lines and intersections, so if the subject is out there, we find it more visually appealing.

Naturally, you do not always have to adhere to this rule, and after all, rules are created to be broken. Wes Anderson, for instance, is renowned for breaking this rule, rather deciding to use lace over the rule of thirds. These rules will make your drone video best. 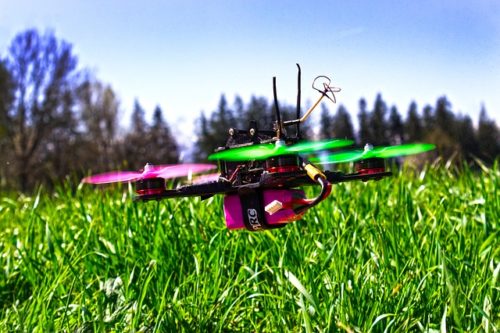 This one’s pretty self-explanatory and is among the most effortless shots to pull off. Tilt your camera down, so it’s directly pointing down to the floor. You then have several choices concerning motion with a bird’s eyeshot. You can either monitor the subject if it is moving, have the drone entirely still, or you could increase the elevation of the drone.

There are a variety of ways that you can do a ‘reveal’ type shot. You can fly your drone backward over the subject of your shot until it comes into the frame. Or, you can use the motion of your drones’ gimbal to show the focus of your shot. In any event, ensure whatever you are revealing is intriguing and worth a ‘reveal’ shot.

This is a simple yet powerful shot that drone pilots should use. It is worth mentioning that whenever you are filming with a drone, then attempt always to fly backward. This is because if you fly forward, you may occasionally get front propellers in the framework, ruining the entire effect of this shot.

Similarly, it also helps to avoid prop shadows from becoming picked up from the camera.

Most phones nowadays come with a range of intelligent flight modes, with a few of the most common styles orbiting/ point of interest. This is when your drone circles an item while keeping that thing in the middle of the frame. This shot appears incredibly cinematic and is extremely easy to pull off, especially if you’ve got some smart flight modes.

Whether you are filming a drone or with a handheld, the camera, tracking shots have long been a go-to spot for filmmakers.

This is just where you follow the theme of your shot, usually from behind. That is having been said; you can experiment with various angles until you find one that you particularly like. If you would like to monitor yourself with a drone, a range of UAVs have a ‘follow me work.’

To put your dramatic drone footage together, you are going to need some editing software. We wouldn’t suggest using free software like Windows Movie Maker and iMovie, as though they let you put one shot alongside another, they are pretty limited.

We have listed below some examples of editing software which are fantastic for editing a drone movie. Many use Adobe Premier Pro and highly recommend it. If you have ever used any other Adobe software like Photoshop or Illustrator, you will have the ability to pick up Premier Pro in no time whatsoever.

Adobe Premier Pro – a favorite of all

Sony Vegas — We have never used this, but I have heard from several reliable sources that it is perfect.

A fantastic way to take your footage to the next level is to utilize color correction. This is when, with your editing software, you adjust the colors of your footage. When doing so, try and keep up a similar coloring throughout your film, since it will look a little strange when the colors vary radically from one shot to another.

Adding sound or music effects to your movie is vital! Unfortunately, finding the ideal music can be a somewhat tedious process, but trust me it is well worth it. There are quite a few websites out there, both free and paid, that provide music which you can use in your films. A few popular options are:

All the websites mentioned above offer royalty-free music that you can use in your drone films.

Much like audio, sound effects are just another way to include more depth to your film. By way of instance, if you have got a shot on a beach, add amazing sound effects of waves shattering, or maybe the sound of seagulls. Even though a little touch, this can have a significant influence on the overall feel of your movie.

What is the point of going to all that effort of earning a remarkable drone film if nobody will see it?

YouTube is by far among the most popular video-sharing platforms and is an excellent spot to showcase your new drone video. You can always begin a YouTube station and keep to upload your latest drone movies and can also make earnings with YouTube’s Partner Scheme.

It is an acknowledged standard video-sharing site, and it’s where most drone videomakers visit and upload their work. Unluckily, there is a 500mb weekly upload limitation if you don’t pay for an annual plan, which is apparently why many people turn to YouTube.

Over the past few years, we have seen several drones specific film festivals pop up around the planet. These are the excellent ways to both showcase your work and compare yourself from some of the finest in the world. Some of the major film festivals are:

What do Jury Members Search for?

A drone video festival will usually have a board of jury members who are tasked with judging each drone video and picking a winner for each category. When estimating, jury members will try to find movies that are shot and updated to the highest standard. Including the framing of the shots, the motion of these shots and the overall cinematic quality of the movie.

Do not worry hugely about the quality of your drones’ camera as long as it’s HD it’ll be fine.

Making a drone video with your drone is a delightful and rewarding experience. However, it can be challenging at times; however, the end result is worthwhile. An excellent film starts with a great plan, so make sure you are as organized as possible with your pre-production!