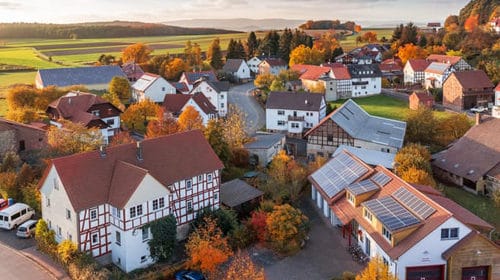 Even though technology has gone to a new level, in the digital world, black and white images still have their space.  There are two basic forms or types of aerial photography with each having its unique uses and applications: Oblique and Vertical.

They are preferred in imaging because they make it possible to contrast and pick out certain features in photography when white, black, and gray are involved.  Another reason for their use in the digital imaging world is because they are inexpensive.

In this category of aerial photography, one takes images at an angle which in most cases is 45 degrees. However, one can take these images at any other angle, and this is possible to do manually, provided there is the best view of the landscape.

It is possible to capture a wider and deeper context of a feature plus the surrounding area when using oblique, and this is the primary reason for its use in archaeology.

Unlike the case with vertical aerial photography, oblique is rarely used and occurs at a lower elevation. Therefore, it has specific purposes only. However, there is another problem that sets in.

When you are farther away from an object, the objects appear smaller. On the other hand, near objects whose size is comparable will appear larger than those far away.  A frame of reference on the ground helps in curbing this problem in perspective

It is best to take Oblique images from helicopters and small fixed-wing aircraft plus; they are the best option when studying the erosion of features and monuments for an extended period such as a year or many decades. 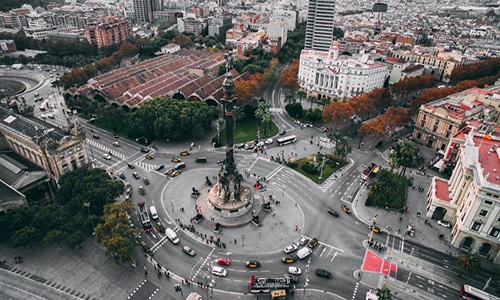 Oblique Photographs – At What Time is it Most Appropriate to Take Them?

The time at which you take an oblique aerial photograph determines a lot and winter is regarded as the best time to take them. There are many explanations for this and the ease with which one can spot features on a field that lacks crops or perhaps hasn’t been plowed is not least of all.

When taking aerial photographs, surviving features on the ground often appear darker due to shallower soil levels. Unlike any other time of the year, the snowy and frosty winter conditions make it possible to emphasize features and ridges with much higher precision.

Because of the low level to which the sun rises at this time of the year, it is easier to spot the visibility of the above-ground features. However, this doesn’t in any way imply that aerial photography cannot take place during the warmer months or when there are long hours of light.

In fact, in places where there are stones beneath the surface, crops will normally grow to a very shallow level as roots cannot penetrate deeper and in captured photographs, they will appear as crop marks.

Additionally, in the late evenings, shadows are cast longer and the different light levels experienced in the morning, afternoon, and evening have to be taken into consideration when comparing multiple images of the same feature(s). 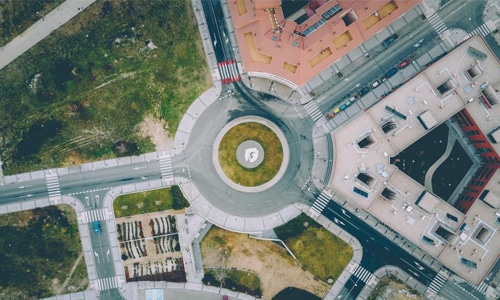 This is a more familiar form of aerial photography that involves capturing an image straight down over a landscape. There are fewer chances of distorting the image because this is purely a plain view.

It’s hard to get certain details such as a change in height when studying a given landscape. There is some work involved to counter this issue. A 3D image has to be created by using stereoscopic technology that makes it possible to examine two at ago.

The major advantage of this is that it is feasible to get a good impression regarding how to land elevation varies.

Taking vertical aerial photographs at regular, consistent heights, make it much easier to compare different landscape contexts in a day or even over an extended period. It is, therefore, possible to examine the developments for many years apart.

Unless researchers want to find something of interest on earthworks or any other site that can’t be captured on the ground, vertical aerial photography is rarely used in archaeological studies. Vertical photography focuses more on topography rather than specific details on the landscape.

Vertical Aerial Photography – At What Time is it Best to Take Them?

Vertical images are easier to interpret because of the standardized way in which they are taken. A given set scale and a single non-arbitrary angle are used.

Even though these advantages apply to both vertical and oblique, it is impossible to capture 3D effects, depth, and even the perspective of the weather conditions as mentioned earlier. You are likely to miss out on crops or soil marks when taking photographs at higher levels.

It is, therefore, advisable to opt for vertical aerial photography when you want an overview. 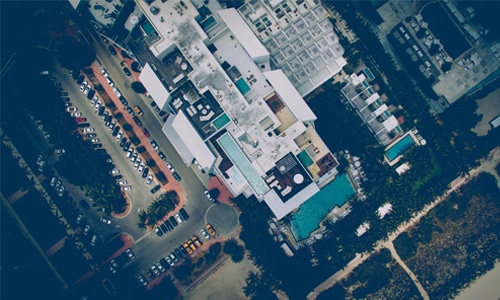 What Are Some of the Applications of Aerial Photography in Archaeology?

As mentioned earlier, aerial photography is the way to go when you plan to track features or locate lost monuments. This applies to those features that one cannot observe at ground level plus those you cannot see when taking a field walk.

The following techniques are used to discover these

Additionally, crops may appear higher than the surrounding due to some underlying water systems such as long-gone artificial fishponds or dried-up drainage channels.

Parch marks, on the other hand, occur in areas affected by dry summer. Sometimes, color may be the issue. These marks occur in different forms simply because they are discolorations caused by prolonged drought.

When taking vertical aerial photographs, areas where the groundwater dries up quickly plus those with more groundwater shows up clearly.

Some caution has to be exercised when interpreting parch marks and crop marks at the same time. This is because of the geological and archaeological anomalies involved.

Additionally, these anomalies can be due to variations in groundwater and soil courses. Other things that may flag up and appear as the feature of interest are the modern pipes.

Soil marks may be an indication of prehistoric features such as monuments, ditches, or barrows and will always show up as darker areas. They could be natural or modern features. This also applies to the above.

Low profile monuments only appear to be significant when accompanied by the above features.

One of the growing niches of landscape studies is urban development and the history of urbanism. It has several uses:

In the modern world, everybody is pretty much aware of the fact that climate change is affecting global temperatures. This reflects everywhere.

Every society and community are feeling the impact of the changes, especially in the local environment. The changes are everywhere, be it rivers drying up or wet seasons getting more humid or inland lakes drying up completely, droughts getting longer, and more.

The most practical change is the tracking of invasive species moving into water bodies something that couldn’t happen in the past.

The only way through which researchers can monitor the changes, track the local effects of climate change, and assess their potential risks of these changes to the local ecosystems, is by keeping all the vital records. For example, localized aerial photographs are used to highlight the increase of invasive species and the die-off of certain vegetation species.

Aerial Photography And Other Earth Sciences

Aerial photography has its use in natural change studies such as soil and geology variations over time. It is these underlying changes that often lead to disasters e.g. Landslides.

Even though aerial surveys do not find much use among geologists compared to archaeology, they have their benefits in monitoring changes to the landscape. They can also be used to predict future landscape changes.

For instance, low or higher-than-normal annual rainfall can have far-reaching consequences. This is the reason why geologists find aerial photography vital in their studies.